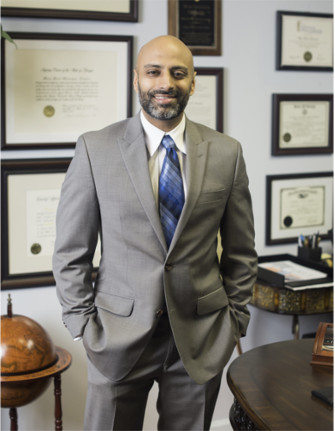 Ravi Rayasam offers his clients a record of high achievement backed by more than two decades of litigation experience. He has serious criminal law expertise, and a demonstrated commitment to defending his client’s constitutional rights.

Ravi grew up Metro Atlanta and is a 1994 graduate of Woodward Academy. He went on to graduate from the University of Georgia with honors. Afterwards, Mr. Rayasam attended the Columbia University School of Law, where he was a Harlan Fiske Stone Scholar.

Prior to his admission to the State Bar of Georgia, Ravi worked at the Federal Trade Commission and at the New York Law Firm of Kronish, Lieb, Weiner and Hellman. Mr. Rayasam then joined the Atlanta law firm of King and Spalding as a business litigation lawyer. He practiced criminal law initially as an attorney with the Fulton County Public Defender's Office, and later as a senior attorney with the Fulton County Conflict Defender's Office. He opened The Rayasam Firm in 2007 in order to provide the highest level of criminal defense representation for his clients. In 2012, Ravi merged his firm with Attorney Musa Ghanayem to form Ghanayem and Rayasam, LLC.

Mr. Rayasam has handled numerous serious criminal cases, such as financial crimes, aggravated assaults, drug possession crimes, thefts, probation violations, armed robberies, murders, and other capital crimes. Ravi is a skilled trial attorney who has successfully defended thousands of criminal cases, including many capital cases to an acquittal at a jury trial.

Ravi is licensed to practice in courts throughout Georgia and Metro Atlanta, including all county and city courts, the Georgia Court of Appeals, the Georgia Supreme Court, and the Northern District of Georgia.